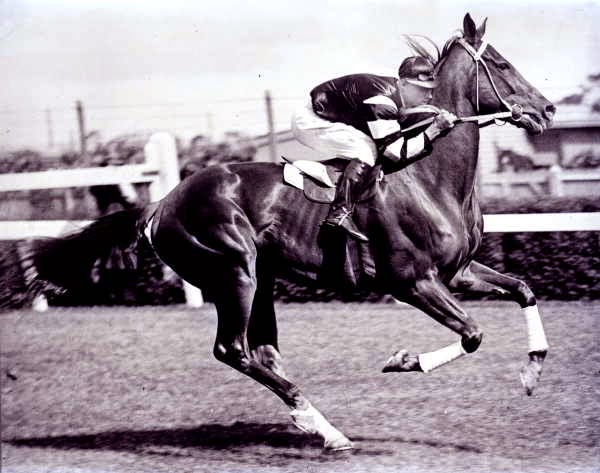 Phar Lap (1926-1932) Australia's Wonder Horse
Over the past week there has been a huge response to my last blog post from right across Australia. I have been flooded with emails about the idea of a Wikipedia Ancestor Challenge, with people wanting to know more about it, suggesting ways that it could be run successfully and offering help.
Also the idea of choosing our national leader by their Wikigree number has also been creating a lot of chatter on various social media sites. A Wikigree number, I might remind you, is the number of ancestors you can find in your family tree who have their own Wikipedia page. It’s similar to your pedigree but it’s a measure of how interesting your ancestors are rather than what genetic material you inherited from them.
We have been doing much searching to find the Australian who has the highest Wikigree number and at this stage I think we have found a winner. I think we have found a great leader for our nation.  It’s not quite who you would have imagined I can tell you that. No it’s not Ray Martin or Dick Smith or Germaine Greer or one of the artistic Boyd family. We have found a better candidate. I would like to announce it on this blog for the first time here. It is……….none other than………………Phar Lap. Yes, Phar Lap. The horse of course, who did you think I meant. Australia’s ‘Wonder Horse’, ‘Big Red’, ‘The Red Terror’.
You might be questioning at this point the suitability of choosing Phar Lap as having the highest Wikigree number. Yes the judges know he was ……..to put it bluntly, a horse, but we think that an exception should be made in this case. We do this based on the size of his heart, bigger than any other Australians. I can verify that, I’ve seen it bottled in a jar in a museum.  It’s big. It really is.
Phar Lap really does have a huge number of ancestors with their own Wikipedia pages.  His father ‘Night Raid’ has his own page. There is his Great Grandfathers Spearmint, BendOr and William the Third (no, of course not the man, the horse) and there is also his Great Great Grandfathers St Frusquin, St Simon, Doncaster, Carbine, Isonomy. They all have Wikipedia pages and if you look on the Wikipedia pages of those ancestors of Phar Lap and you can find links to even more. I’m not making this up. Look on Phar Lap’s Wikipedia page and you will see.  In fact there are many horses with their own Wikipedia pages both here and overseas. It’s quite amazing. 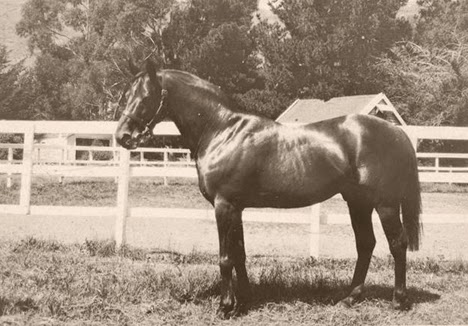 Night Raid (1918-abt1932 ) Phar Lap's Dad
Why do so many horses have Wikipedia pages anyway? They can’t read them. They can’t use social media. Their hooves are too big to use a computer keyboard.
Horses are the main non-human animal that we human animals create family trees for. There are others, like dogs, that can be well documented but horses are different. Some are bred for racing speed and are an expensive investment. It’s the direct ancestors that are important here not the siblings or second cousins twice removed or more distant relations. When you buy a racehorse, a reliable record of it’s pedigree is essential. 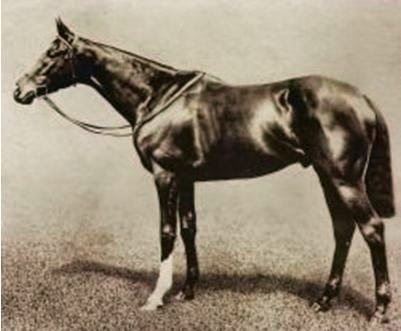 Spearmint (1903-1924) Phar Lap's Great Grandpa
Not every horse owner is motivated by how much money their horse could win for them. Some people just love horses. We know that. They are just ‘horsey’, and I guess for them one of the biggest thrills in their life is finding that their horse has THEIR OWN WIKIPEDIA PAGE!   I’m very surprised that the big genealogical record companies haven’t cottoned on to this. There is lots of money to be made here. Why doesn’t Ancestry.com have a Horse Edition ©. They could have a section they charge extra for, just for war horses. They could call it something like ‘Foal 3’. There could be a site called FindMyPasture.com, there are many possibilities.

I am mystified as to why there are so many Wikipedia pages for horses. There really are lots of them. Besides the fact that their economic value is based on their ancestry I know they are important historically, particularly if they were winning big races, but I think there must be more to it than that. I have never been interested in horse racing so that might explain why I don't get it. If anyone has some thoughts about this I would love to hear them. 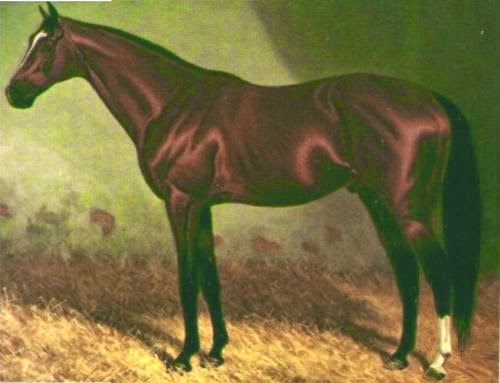 Carbine (1885-1914) Phar Lap's Great Great Grandpa
As far as choosing our national Wikigree leader I know what you’re thinking. Phar Lap can’t be counted because he’s dead, it should be one of his living descendants. That’s true I can’t argue with that but unfortunately there are no descendants. Phar Lap was a gelding. They didn’t have Wikipedia pages back then so no one was fully appreciating the consequences when they got out the gelding scissors. It also explains Phar Lap’s rather high pitched whinny but that’s a story. 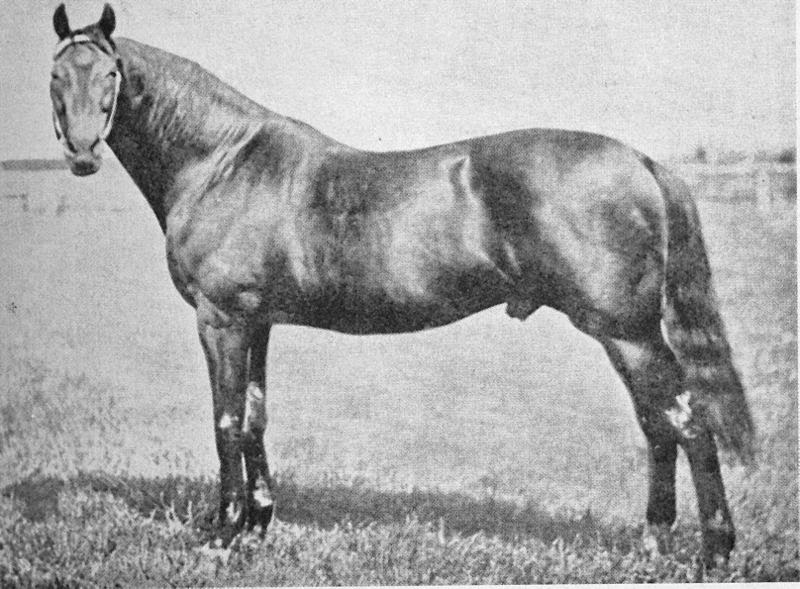 Musket (1867-1885) Phar Lap's Great Great Great Grandpa
In conclusion, dear reader, if you don’t want your leader to be a .......horse, like Phar Lap then you should be doing more research into your family history so you can increase your own Wikigree number.  I don’t know how many times I have to keep repeating this. You should be spending more time on the Ancestry.com website and less time reading other people’s silly blogs.
The time is now! Do it!
PS I have been informed after writing this that Phar Lap was in fact born in NZ, like Russell Crowe, and unfortunately we can’t count him as one of our own.
PPS I mean to say that it’s unfortunate that we can’t claim Phar Lap as one of our own.